The Book of Daniel

From Silverchair to DREAMS 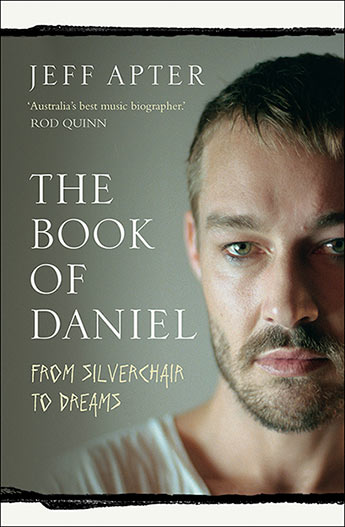 The highs, lows and incredible life of the enigmatic Daniel Johns, from Silverchair to DREAMS

When Silverchair shuddered to a halt in 2011, there was no swan song, no farewell tour, just a brief statement and then they were gone - after more than fifteen years of brilliant music, five hit albums, legions of fans, millions of record sales, scores of awards and the odd controversy. Three teenagers from Newcastle had taken the world by storm within the time it typically takes most bands to record their first single. Over their stratospheric career, Daniel Johns developed into a performer and songwriter with few peers in modern music.

After the end of his marriage to Natalie Imbruglia and the break-up of his band, he became the focus of sordid headlines and whispers of wayward behaviour. People feared what might happen next.

But at the same time a new Daniel Johns emerged. His debut solo album, Talk, appeared to rapturous reviews in 2015 and raced to the top of the Australian charts, and then 2018 saw the advent of DREAMS, his long-awaited collaboration with Luke Steele. This was a vastly different Daniel Johns to the grungy, guitar-blazing teen of the 1990s. His new sound and image were sophisticated, brilliant and sexy as hell. It was a remarkable creative makeover, perhaps the most ambitious ever undertaken by an Australian rockstar. Former rockstar.

The Book of Daniel documents how the reclusive Johns also battled many personal demons, including life-threatening anorexia and crippling reactive arthritis. Drawing on more than fifteen years of documenting the life and times of Daniel Johns, author Jeff Apter has brought his story to life, revealing the struggles and triumphs of one of Australia's most distinctive and dazzling talents. The book also includes a collection of exclusive photographs of Johns by eminent rock photographer Tony Mott.