The Boy Who Disappeared 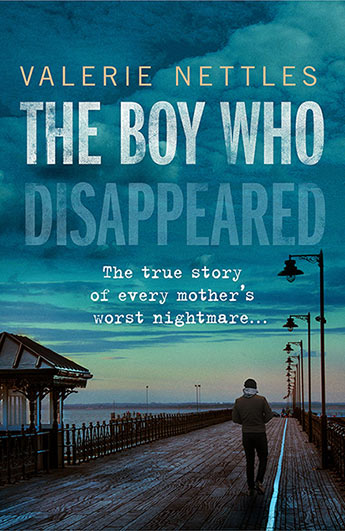 The harrowing true story of a mother's nightmare.

On 2 November 1996, sixteen-year-old Damien Nettles went out for the evening with friends in his home town of Cowes, Isle of Wight. CCTV recorded him in a chip shop at approximately 23:40 and then again on the High Street just after midnight. He hasn't been seen since. His mother Valerie has spent twenty-two years in anguish, trying to find out what happened to her son. An initial botched police investigation, the untimely death of a key suspect from a drug overdose and rumour and speculation about the island's drug culture have added to the difficulty in ascertaining the truth.

Five men and a woman were arrested in 2011, and kept on bail over an eighteen-month period, but were released without charge. In 2016 BBC3 broadcast a documentary profiling the case, which helped put Damien's disappearance back in the spotlight but, despite years of research by journalists and a private investigator, Damien's vanishing remains a mystery. Now, for the first time in book form, Valerie Nettles tells the full, perplexing story of her son's disappearance. Someone must know what happened to Damien. Will the truth ever emerge from the shadows?
More books by this author

Valerie Nettles was born in the UK and grew up in the Isle of Wight before her family immigrated to the US when she was fifteen. She married her American husband, Ed, a manager with an international freight company, after meeting him at University of New Orleans. They would go on to have four children, including Damien, who was born in Singapore in 1980. The family lived between the UK and the US, following Ed's work, but settled in the Isle of Wight in 1990 to raise their four children. Five years after Damien's disappearance, due to job commitments, the family made the heart-wrenching decision to move. Valerie and Ed returned to the US, and currently live in Texas.