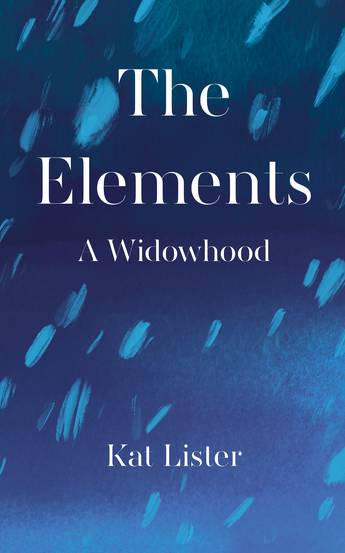 What does it mean to become a widow at 35?

In her mid-thirties Kat Lister lost her husband to brain cancer. After five years of being a wife and one of being a carer, in love and in and out of hospitals, she became a widow.

In the year following his death Kat seeks refuge in stories of grief and widowhood, but struggles to find a language that can make sense of her experience and the physicality of bereavement. Instead, she turns to the elements - fire, water, earth, air - on her quest to come to terms with her grief, to inhabit her body again, and to find out who she is now.

The Elements is a story of love, pain, hope and, ultimately, transformation.
More books by this author

Kat Lister is a writer and editor based in London. Beginning her career as a music journalist at the NME, she has gone on to write widely for publications including Vice, Guardian, Marie Claire, Vogue and The Feminist Times, where she was appointed Contributing Editor. In 2017, she joined the editorial team at The Pool, becoming a freelance features and news editor until its demise in 2019. Since her husband's death in 2018, she has focused on investigating her experience of grief, writing widely circulated essays and features for The Sunday Times Magazine, Sunday Times Style and The Pool.