The Invention of Solitude 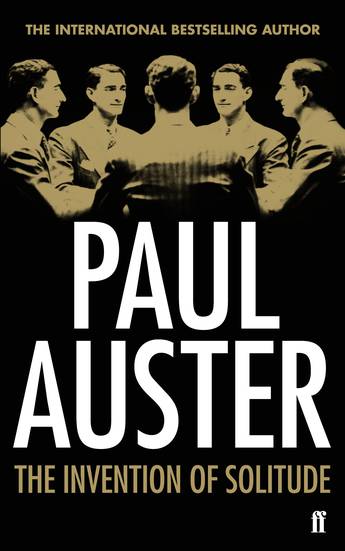 'One day there is life . . . and then, suddenly, it happens there is death.' So begins Paul Auster's moving and personal meditation on fatherhood. The first section, 'Portrait of an Invisible Man', reveals Auster's memories and feelings after the death of his father. In 'The Book of Memory' the perspective shifts to Auster's role as a father. The narrator, 'A', contemplates his separation from his son, his dying grandfather and the solitary nature of writing and story-telling.
More books by this author

Paul Auster is the best-selling author of Invisible, Man in the Dark, The Brooklyn Follies, The Book of Illusions, The New York Trilogy, among many other works. In 2006 he was awarded the Prince of Asturias Prize for Literature and inducted into the American Academy of Arts and Letters. Among his other honours are the Independent Spirit Award for the screenplay of Smoke and the Prix Medicis Etranger for Leviathan. He has also been short-listed for both the International IMPAC Dublin Literary Award (The Book of Illusions) and the PEN/Faulkner Award for Fiction (The Music of Chance). His work has been translated into more than thirty languages. He lives in Brooklyn, New York.