The Letters of Thom Gunn 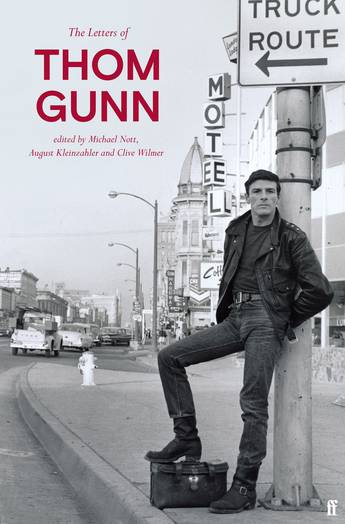 This selection of correspondence presents, for the first time, the private life and reflections of a maverick figure in the history of British and American poetry.

'I write about love, I write about friendship,' remarked Thom Gunn: 'I find that they are absolutely intertwined.' These core values permeate his correspondence with friends, family, lovers, and fellow poets, and shed new light on 'one of the most singular and compelling poets in English during the past half-century' (Times Literary Supplement).

These letters reveal the evolution of Gunn's work and illuminate the fascinating life that informed his poems: his struggle to come to terms with his mother's suicide; his changing relationship with his life partner, Mike Kitay; the LSD trips that led to his celebrated collection Moly (1971); and the deaths of friends from AIDS that inspired the powerful, unsparing elegies of The Man with Night Sweats (1992).
More books by this author

Thom Gunn was born in Gravesend, Kent in 1929. He published his first book of poems, Fighting Terms (1954), while he was still an undergraduate at Cambridge. That same year, he moved to California and stayed there for the rest of his life, teaching at Berkeley and living in San Francisco. He published nine books of poetry, including The Man with Night Sweats, which won the Forward Prize for Poetry in 1992, and Boss Cupid (2000). Gunn also published a Collected Poems (1994) and two collections of essays, The Occasions of Poetry (1982) and Shelf Life (1993). He was awarded many major prizes and fellowships from the Arts Council of Great Britain, the Guggenheim Foundation, and the MacArthur Foundation. Thom Gunn died in 2004.