The Man on the Headland 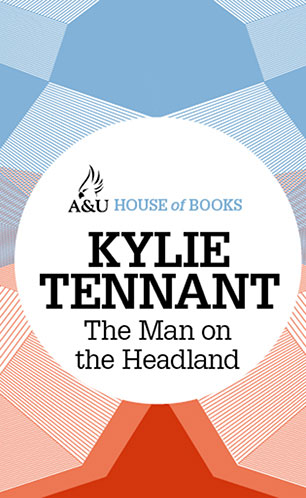 The Man on the Headland is the story of Kylie, her schoolmaster husband, Roddy, and her two children, both born during her time in Laurieton.

While Kylie Tennant was living in the little fishing town of Laurieton on the north coast of New South Wales, she made two memorable discoveries - Ernie Metcalfe and Diamond Head. The two belonged together. Called by some 'the mad hermit of Diamond Head', Ernie was splendidly sane, if unlike anybody else.

Kylie Tennant has painted his portrait vividly and with love, and with it the portrait of Diamond Head - a place to which Ernie was so closely bound in spirit that in the end they seemed to be one. She evokes its fascination and its subtle menace, its rocks and beaches, its wildflowers and wild creatures, the light on sea and land, so that the reader, too, falls under its spell and shares her grief and anger at its later devastation by mining.

The Man on the Headland is also the story of Kylie, her schoolmaster husband, Roddy, and her two children, both born during her time in Laurieton.
More books by this author

Kylie Tennant was the author of nine novels, plus short stories, plays, journalism, criticism and biography as well as much writing for children. She is noted for her social realist studies of urban and rural working-class life from the 1930s, that began with Tiburon (1935), and included Foveaux (1939), named after a street in the slums of Surry Hills.

Her working life encompassed such jobs as barmaid, reviewer, church sister and publicist for the ABC. Seeking to be true to the society she observed, she took to the road with itinerant workers in the worst years of the Depression, and went so far as to spend a week in gaol for the sake of research.