The School of Restoration 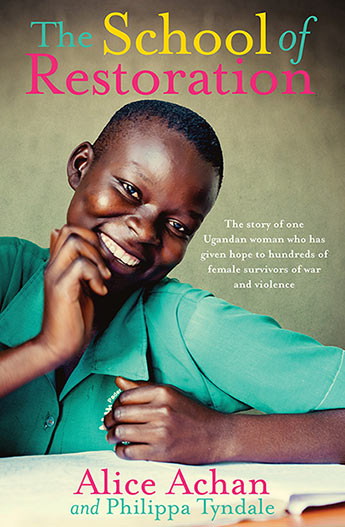 'Beyond inspiring . . . This story of the redeeming power of educating girls and the restoration of traumatised lives is beautiful. The impact will be immeasurable.' Tim Costello AO

Alice Achan was just thirteen when the Lord's Resistance Army first terrorised her village in northern Uganda in 1987. She spent five years on the run from the brutal LRA, and then cared for her young nieces after their mother died of AIDs, losing them one by one to the disease. Their deaths plunged her into depression, which only began to lift after she took in an unexpected guest: a pregnant teenage girl, kidnapped and assaulted by the LRA, who had escaped captivity with her toddler.

Spurred on by her young friend's plight, Alice began to house and nurture survivors of the sexual violence that was a trademark of the LRA's twenty-year campaign. Out of this rose the Pader Girls Academy, which Alice saw as a 'School of Restoration'. It has helped hundreds of girls, many left with babies and HIV as a result of their enslavement. Alice recognised the humanity and potential in these girl mothers, who had been rejected or were trapped in their villages without hope.

Written in Alice's powerful yet understated voice, The School of Restoration is a compelling story of hope, forgiveness, redemption and the human capacity to survive and even thrive against the backdrop of war and chaos.
More books by this author

Philippa Tyndale has brought Alice's voice to life. She is a journalist, philanthropist and a key supporter of The Pader Academy who can be found at philippatyndale.com. She has written for the Australian Financial Review, Sydney Morning Herald, The Bulletin and in recent years she has become involved in the development field through the micro finance work of Opportunity International. She is the author of Don't Look Back: The David Bassau Story (Allen & Unwin). Philippa will donate her share of the advance to Alice's charity.