William Johnson and the Invention of America 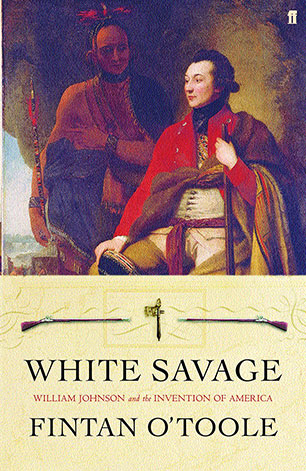 A dramatic, exciting and tragic book about the Irish adventurer who held the fate of America and the British Empire in his hands

A dramatic, exciting tragic book about the Irish fur trapper who held the fate of America and the British Empire in his hands.

William Johnson began life as a poor Irish Catholic peasant. After converting to Protestantism, he emigrated to America where he became the leading fur trader in the British colony and one of its richest men. He also 'went native,' marrying an Indian woman and adopting the religion of her tribe, the Iroquois. When war broke out between the French and English - what we now know as the 7 Years War, the first world war in history - Johnson held the fate of the British Empire in his hands. If the Indians fought with the French, the British were doomed.

He ensured that the Indians remained neutral or sided with the British. But he also made them promises - only to see all his assurances broken by his fellow whites and by the imperial authorities in London. . .

Fintan O'Toole is one of the most influential and interesting writers Ireland has produced in the past ten years. He has written several volumes of essays, a widely acclaimed book on Shakespeare (he is also a gifted theatre critic) and a life of Richard Brinsley Sheridan, The Traitor's Kiss.