The life and letters of Katharine Susannah Prichard 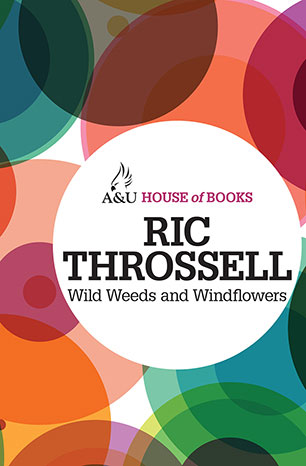 Katharine Susannah Prichard was a writer of novels internationally acclaimed for their realism and power, a foundation member of the Australian Communist Party, a feminist. Her son, Ric Throssell, has drawn on the memories of a lifetime and a deep and intimate knowledge of his subject in this full and moving account of his mother's life.

In this moving biography, Ric Throssell, who was himself an accomplished writer, brings to life the story of his mother Katharine Susannah Prichard, drawing on his close personal relationship and his memories of her lifetime.

Katharine Susannah Prichard (1883-1969) was one of Australia's most distinguished writers of the first half of the twentieth century, as well as one of its most politically engaged. A foundation member of the Western Australian branch of the Communist Party, she was also a fervent feminist, and her writing was informed by a broad-reaching socialism.

Prichard published many major novels, including Working Bullocks (1926), lauded on publication as the first properly Australian modern novel, and Coonardoo (1929), which attracted some hostile criticism for its portrait of a loving sexual relationship between a young Aboriginal woman and a white man.

As a public figure Prichard won acclaim, but she also suffered public abuse. She was an intensely private woman who requested that all her personal papers and letters be destroyed upon her death. This is the authoritative and intimate account of her life.
More books by this author

Ric Throssell, the son of Gallipoli Victoria Cross winner Hugo Throssell and the acclaimed writer and pioneer Communist, Katharine Susannah Prichard, was himself a writer and playwright. Born at Greenmount, Western Australia, in 1922, his father's suicide in the face of mounting debts blighted his early life. It also came to be dominated by his mother's commitment to the causes of socialism and feminism.

For forty years Ric Throssell fought a battle to climb through the ranks of the Department of Foreign Affairs at home and abroad, unaware that he was under surveillance by the Australian security services.

A committed anti-nuclear campaigner since World War II, he presented his father's Victoria Cross to People for Nuclear Disarmament in 1984.

2 All Experience Is and Arch

3 As the Sea Loves

4 Not Frankincense or Myrrh

5 The Well in the Shadow

6 The Lightest, Brightest Show on Earth

8 Mourn Not the Dead

10 The Fire and the Fury Comes

11 the Art and Craft of the Short Story

12 Our Work is Where it Bleeds

14 The Weaver and the Weft

17 With Half the World Behind Me

18 Child of the Hurricane

19 No Wreath is Worthy

21 Whereon My Eyes Have Rested

23 To Nourish a Wild Flower