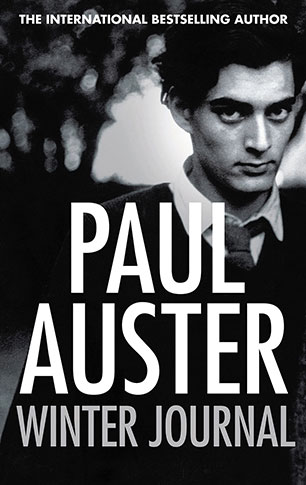 Paul Auster's unforgettable account of the abandonment of his family by his father, told from the point of view of his mother.

In Winter Journal, Auster presents the abandonment of the family by his father from his mother's point of view: her struggle as a single mother; love found again late in life, a love that was short-lived; her troubled later years and, finally, her death - and the subsequent anxiety attacks Auster suffered in the face of her death.

In Winter Journal Auster moves through the events of his life in a random series of memories grasped from the point of view of his life now: playing baseball as a teenager; participating in the anti-Vietnam demonstrations at Columbia University; almost killing his second wife and child in a car accident; falling in and out of love with his first wife.
More books by this author

Paul Auster is the best-selling author of Invisible, Man in the Dark, The Brooklyn Follies, The Book of Illusions, The New York Trilogy, among many other works. In 2006 he was awarded the Prince of Asturias Prize for Literature and inducted into the American Academy of Arts and Letters. Among his other honours are the Independent Spirit Award for the screenplay of Smoke and the Prix Medicis Etranger for Leviathan. He has also been short-listed for both the International IMPAC Dublin Literary Award (The Book of Illusions) and the PEN/Faulkner Award for Fiction (The Music of Chance). His work has been translated into more than thirty languages. He lives in Brooklyn, New York.